The Queen of Pop leads for the first time since 2015.

Madonna scores her record-extending 47th No. 1 on Billboard’s Dance Club Songs chart, as “Medellín,” with Maluma, rises 2-1 on the June 29-dated survey.

The chart (and all rankings dated June 29) will refresh on Billboard.com on Tuesday, June 25. 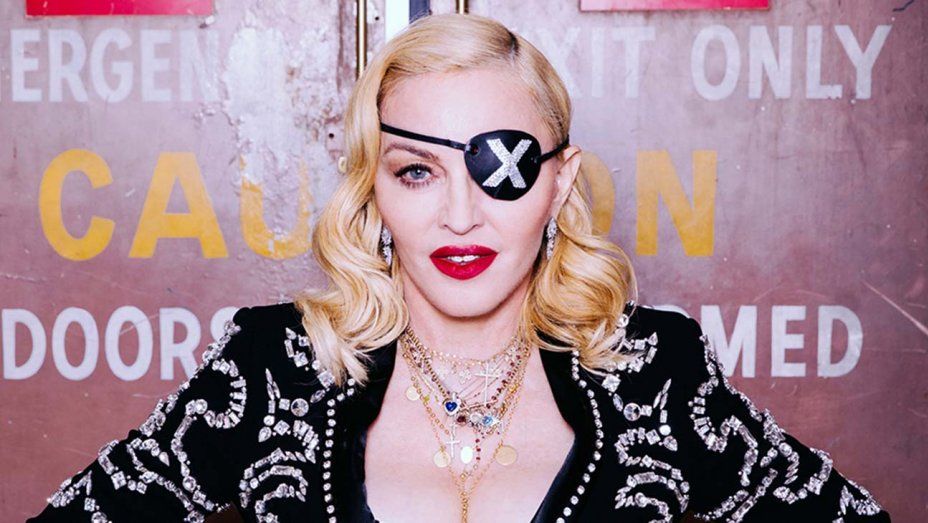 One of the most famous people on the planet yet an enigma of sorts for 36 years, the restlessly creative Madonna sat down at the iHeartRadio Theater in New York City on Thursday evening (June 20) for a wide-ranging interview with iHeartRadio’s 103.5 KTU hosts Cubby and Christine. The 45-minute chat, which streams on LiveXLive.com and on iHeartMedia’s AC and Hot AC stations on Friday (June 21), covers a range of topics, from the dance teacher who created the moniker ‘Madame X’ (the title of Madonna’s 14th studio album) to why she ended up with Maluma’s toe in her mouth in the “Medellin” video (shout-out to an audience heckler for asking that question).

Here are 13 things we learned about Madonna and her latest album during the broadcast of iHeartRadio Icons with Madonna: In Celebration of Madame X.

What She’s Drinking These Days

Prior to Madonna’s entrance, Cubby and Christine told the crowd they shared a backstage champagne toast with her — and flute in hand, Madonna kept the bubbly flowing during her interview. As per the title of her Quavo/Cardi B collab, rosé champagne is what she’s imbibing these days — “it’s Dutch courage,” she told the crowd.

Madame X is heavily inspired by the local music she heard while living in Lisbon, where she’s been for nearly two years as a soccer mom to her son, David Banda. Madonna said aside from Lisbon, New York is the only other city that ever inspired her to write. “Living in New York always makes me feel… turnt,” she deadpanned. In fact, encountering fado and morna in Lisbon reminded her of another watershed moment in her life: “‘Vogue’ was inspired by seeing the Xtravaganza crew vogueing — I was like WHOA. What the hell is that?” For her, Lisbon was the same. 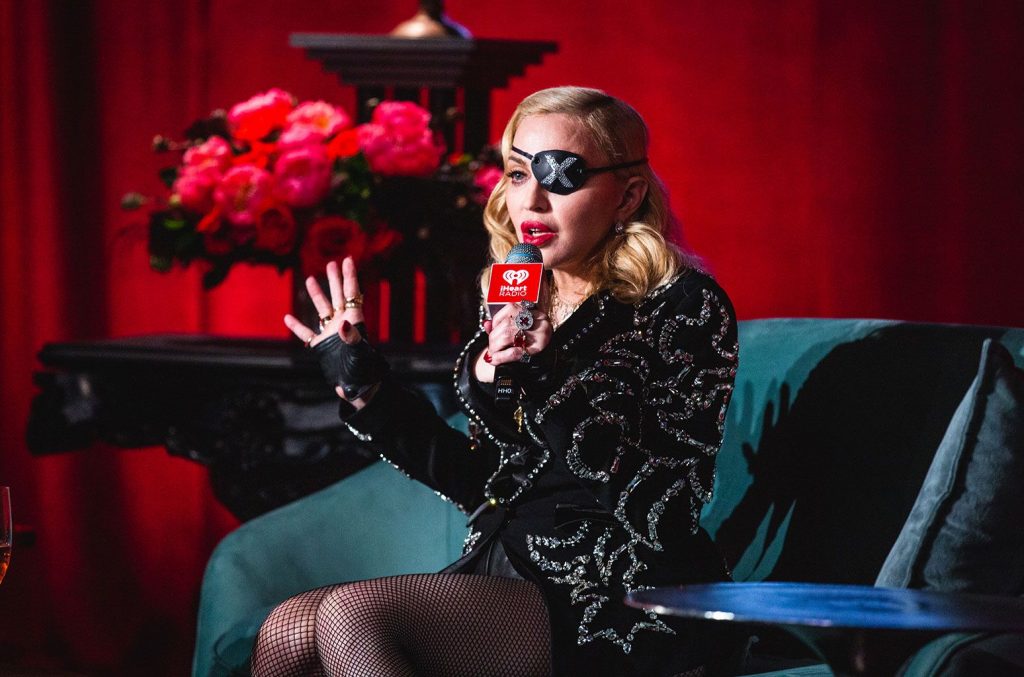 She Dresses the Soccer Mom Part… Sort Of

“I went to soccer matches on Sunday. I didn’t meet any other soccer moms,” Madonna says of watching her son play. “No one gave a shit about me there.” She says the Sunday matches are bereft of bleachers, so she watches perched on a cement ledge. “I wear a hoodie and sneakers. Normal clothes. Maybe designed by Gucci, I don’t know.”

When she arrived in New York City in the late ‘70s, Madonna studied movement at the school of Martha Graham, who reshaped modern choreography and was an idol to the aspiring dancer. Unfortunately, Madge’s refusal to comply with the school’s strict dress code got her sent to Graham’s office regularly. Eventually, Graham whimsically decided Madonna was “a spy, a secret agent” in her school named “Madame X.” Madonna recalls Graham telling her, “Every time you come here, you look like a different person.” Even pre-fame, Madonna was the queen of reinvention.

Her Favorite Songs on Madame X Are…

“God Control” and “Extreme Occident,” the latter of which was the second song she wrote on the album. Influenced by morna, she calls it “indicative and reflective” of her time in Lisbon. 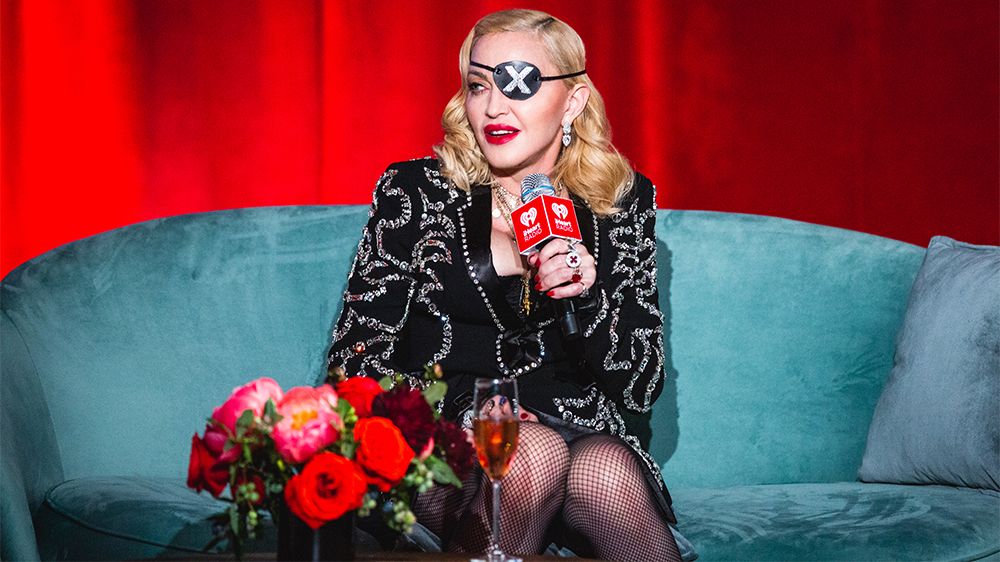 In “Extreme Occident,” Madonna sings, “I guess I’m lost / I paid the handsome cost / The thing that hurt the most / Was that I wasn’t lost.” While she admitted the lyric sounds like a nonsense “riddle,” she explained it was in reference to having the right intuition but letting naysayers throw you off your course. Looking back on the times she beat herself up over others’ critiques, she says it “hurts” her to think “I wasted all that time caring what people think.”

Swae Lee Is a ‘Pigeon Whisperer’

The video for her collab with Rae Sremmurd’s Swae Lee, “Crave,” shows the two of them releasing pigeons into the sky from a rooftop in NYC. She says Swae held sway over the flock: “He tamed them, got them to be calm, chill. He’s a pigeon whisperer.” She wasn’t so lucky. “It’s amazing how strong they are,” she noted. “That bird almost ripped my skin off.”

Here’s Who She Wants to Work With Next

“I’m intrigued by Spanish flamenco singer Rosalía,” Madonna said, noting she asked Rosalía to sing at her birthday a year and a half ago but it didn’t pan out. “I like that she takes the folk music of Spain and brings it to the pop arena.”

She Doesn’t’ Mind Hearing Her Own Music In Public, Except When…

“Some people think I WANT to get into the groove while I’m eating spaghetti, but I don’t. I just don’t,” she says of restaurants playing her music.

Her Sleep Schedule Is Crazy

A self-professed insomniac, Madonna says 4-11am “is my window of sleep,” the time frame when she gets shut-eye if she’s lucky. From 2-4am is the window she describes as “magic” for writing.

Her Daughters Are Featured On Madame X

She says her kids Stella and Estere are the ones making the wind noises at the end of “Dark Ballet,” which signifies blowing into the fire that consumed Joan of Arc.

Thanks to a heckler shouting out a question, we finally learned why Madonna licks Maluma’s toe in the “Medellin” video… kind of. “I never planned to lick his toe. Shit just happens,” she said. “He’s a beautiful man, head to toe. If he had ugly feet, I wouldn’t have.”