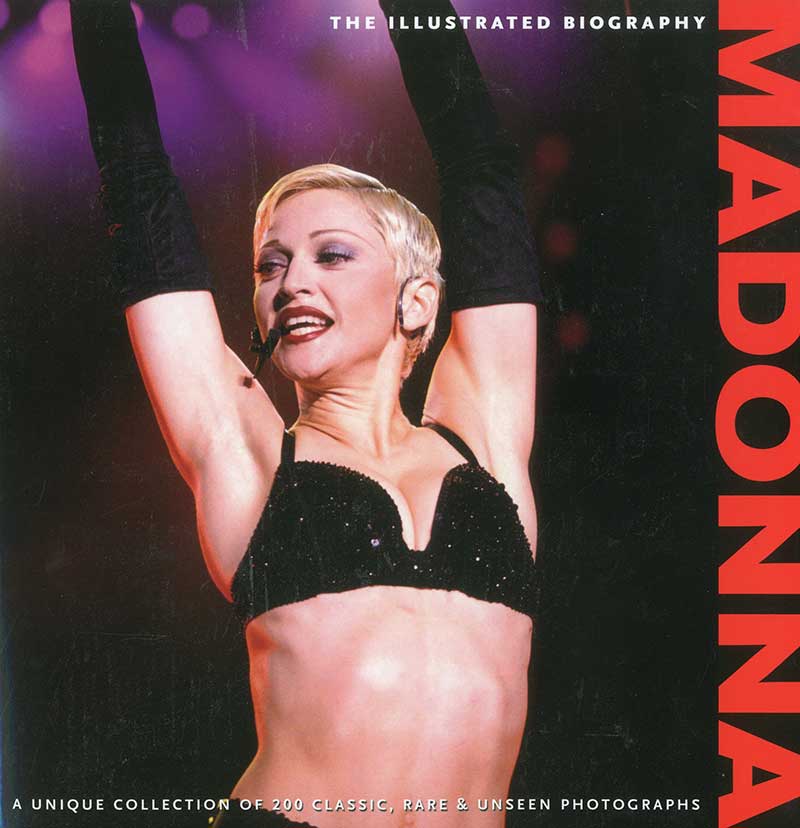 With her amazing talen for reinvention that alsways keeps her career fresh and on track, Madonna had been one of the most influential artists in music for more than 25 years. Her spectacular concert tours are legendary, some of the highest-grossing events of their kind: with sales of more than 200 million albums worldwide, Madonna is de best-selling female artist of all time.

Madonna Louise Veronica Ciccone’s talent for dancing won her a scholarship to study the art at the University of Michigan, her home state. By 1977 she had moved to New York to become a prfessional dancer. There she became involved in the music scene and soon reinvented hersels as rock star, with the songs she produced quickly leading to a recording contract with Sire Reocrds, a Warner Bros. Company. A string of hit singles followed, including Holiday, Crazy For You, and Like A Virgin. Madonna revealed a unique ability to blend songs with dance to create a mesmerizing performance on stage and in de the new medium op pop video. She soon became a music and fashion icon, recognized all over the world, entertaining and something shocking her audiences.

Since her debut album in 1983 Madonna has proved her versatility, releasing 18 albums, of which 12 have reached multi-platinum status; she has been nominated for 30 Grammys, winning 9, and has receiver a record-breaking 20 MTV awards. She has twice been recognized at the Oscars, for her perfomance of Sooner Or Later from the Dick Tracy soundtrack in 1990, and in 1996 for You Must Love Me from Evita, for which she also received a Golden Globe award for het portrayal of Eva Person.

This richly illustrated book, with many classic and rare photographs supported by an informative text, tells the compelling story of Madonna’s continuing caseer as one of the most iconic musicians of a generation.