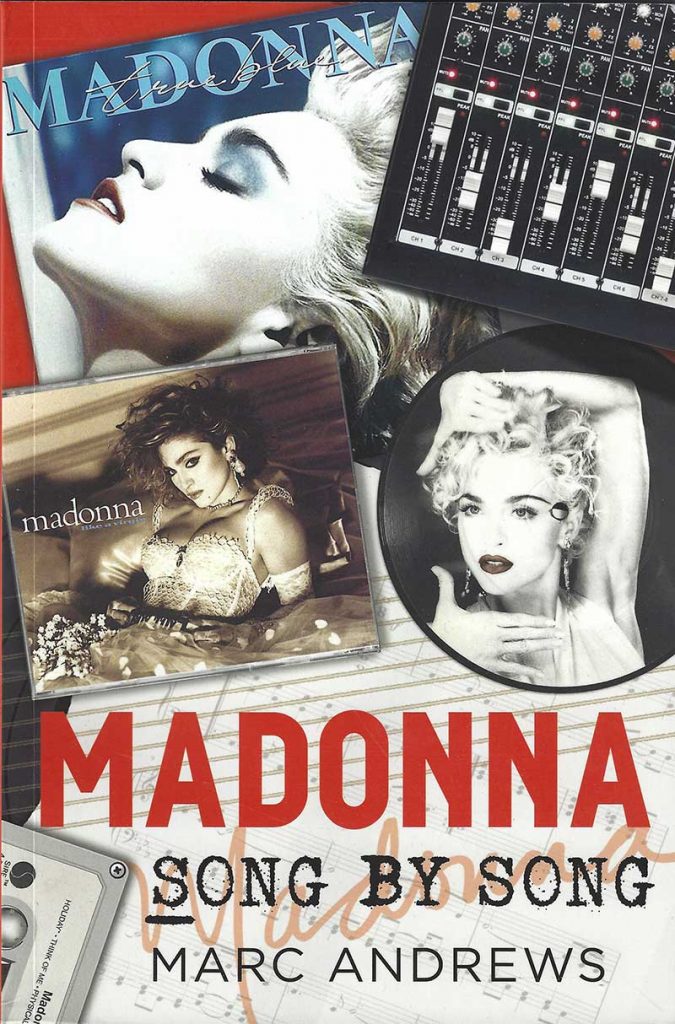 In a career full of ‘blond ambition’, with controversy never far away, the music of Madonna has often been overshadowed, if not sorely overlooked. Across 14 albums, soundtracks and numerous greatest hits collections, the undisputed Queen of Pop has released over 80 singles spanning five decades. In this book every released track from her extensive back catalogue is examined in detail, with new insights, revelations and video information. Her role as ‘Queen of Clubs’ is also duly acknowledged, making careful note of the important remixes that have helped her rule the dance floor after her first release 40 years ago in 1982, Everybody, got her firmly into the groove. From 1984’s shiny and new Like A Virgin, to the critical acclaim of 1989’s expressive Like A Prayer and 1998’s enlightening Ray of Light, from soundtrack work forDick Tracy and Evita, to collaborations with superstars Justin Timberlake, Britney Spears, and Dua Lipa, this truly strikes a pose for any fan of the ‘Material Girl’ aka ‘Madame X’. ‘Madonna: Song By Song’ reclaims her stature as not just one of the greatest pop artists ever, but also as songwriter/producer of some of the biggest selling and most memorable songs of all time.