It's time to celebrate the Queen of Pop's birthday the only way we know how - with a bunch of chart facts.

Madonna has had one of the most successful music careers of all time. Fact.

And now, to celebrate the anniversary of her seminal Ray of Light album, and to recognise her place as the queen of pop, we delved into the archives and put together some amazing chart facts that no self-respecting Madonna devotee would be without.

Don’t just stand there – let’s get to it.

2. From Like A Virgin in December 1984 to Secret in August 1994, Madonna logged a run of 36 consecutive Top 10 hits – no artist has bettered that since. Take a Bow broke the run in December 1994. She had another run of 17 consecutive Top 10s from You Must Love Me in Feb 1996 until Me Against The Music in November 2003. Blame Love Profusion for that one.

4. She’s spent 29 weeks at the top of the Official Singles Chart across her career. 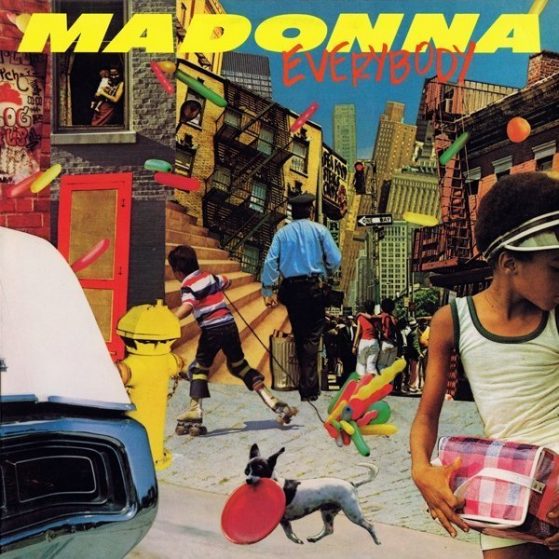 6. Madonna’s first ever single was Everybody, the cover of which didn’t even feature a picture of the star. It didn’t chart in the UK.

7. Madonna’s first UK chart entry was Holiday, which was also her first Top 10, peaking at Number 6 – although it wouldn’t be the last we saw of Madonna’s signature song…

8. Holiday was rereleased in 1985 during the height of Madonna fever – she could’ve released an album of burps and gone Top 10 at that time tbh – and reached Number 2.

9. On its second release in 1985, Holiday was stopped going to Number 1 by Madonna herself, making her one of the few artists in chart history to occupy the Top 2 at the same time. And the song that kept Holiday off? See below!

10. Into The Groove was Madonna’s first Number 1 in the UK, spending a month there in summer 1985, and totally top-blocked Holiday from Number 1 – coincidentally, this was the same week of Madonna’s 27th birthday (and married Sean Penn, but let’s not dwell). 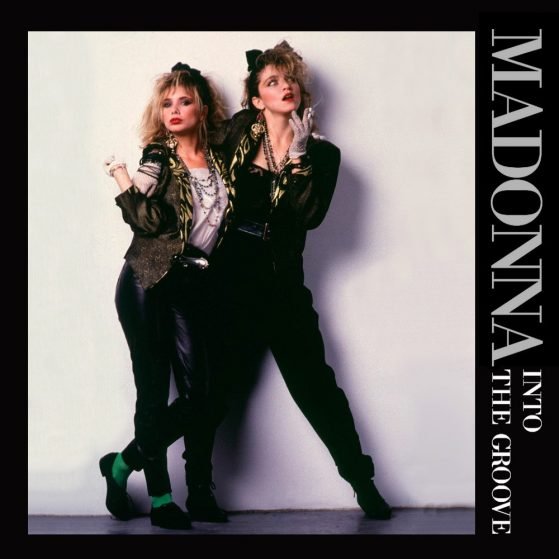 11. Into The Groove is also Madonna’s biggest selling single in the UK, helped in part by featuring in a hit movie – Desperately Seeking Susan, in which Madonna starred – and that it wasn’t available on any Madonna album. It was added to a reissue of Like A Virgin that year.

12. Madonna, surprisingly, does not have a million-selling single. Into The Groove is closest, as her top seller, with 881,000 copies shifted. Into The Groove is tied for Madonna’s longest stint at Number 1, equalled by the four weeks Vogue managed at the top from April 1990.

13. Interestingly, Madonna’s two hugest Number 1s started life as B-sides. Into The Groove was the B-side to Angel in the US (Angel got a full release here too) and Vogue was originally meant to be the B-side to Like A Prayer album track Keep it Together but the record label heard it and realised it was a smash.

14. Holiday was released for a third time, by the way, to commemorate her first greatest hits album The Immaculate Collection (more on that later) – this version reached Number 5 in 1991.

15. Borderline has been out twice too! Not many people realise it was originally released in 1984 and became Madonna’s first single to miss the Top 40, stalling at 52. Two years later, it was back! And reached Number 2! 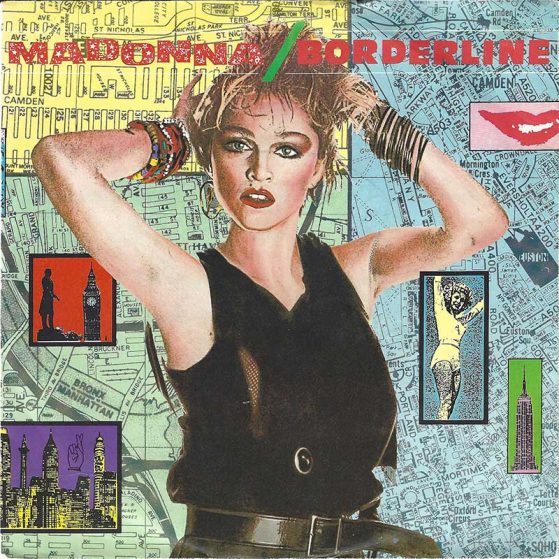 17. Madonna was very prolific in 1985, scoring seven Top 10 hits in that calendar year.

19. Artists who prevented her from getting to Number 1? Sister Sledge, Billy Ocean, Falco, Partners in Kryme, Vanilla Ice, The Simpsons, The Clash, All Saints, S Club 7, Room 5 feat Oliver Cheatham, Beyoncé, and Busted! Quite an eclectic lineup!

20. Madonna holds the record for most Number 1 albums by a female artist – 12 so far! They are: Like A Virgin, True Blue, Like A Prayer, The Immaculate Collection, Evita, Ray of Light, Music, American Life, Confessions on a Dance Floor, Hard Candy, Celebration, MDNA.

21. Second album Like A Virgin took 44 weeks to climb to Number 1 on the Official Albums Chart All subsequent chart-topping albums went straight in at Number 1, with the exception of 1996’s Evita, which took 13 weeks to get there.

22. With third album True Blue, Madonna was actually the first US artist ever to go straight in at the top of the Official Albums Chart. 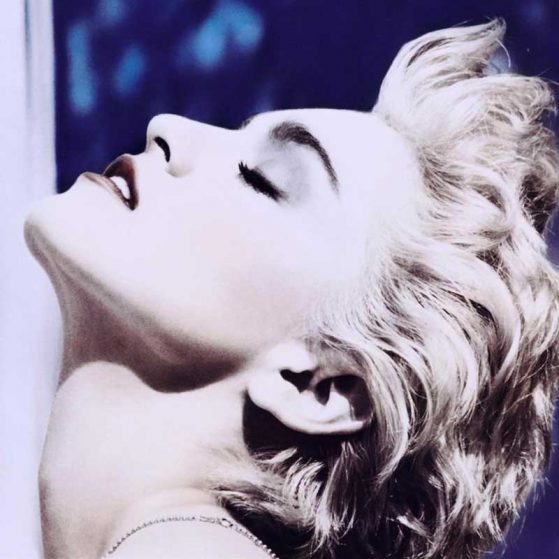 23. Madonna’s True Blue was the biggest selling album of 1986. True Blue spent six weeks at Number 1 and in just under six months on release, sold just shy of two million that year.

24. True Blue is Madonna’s top selling album in the UK, going platinum seven times. In the US, however, Like A Virgin is her big one.

25. Of all Madonna’s albums, True Blue yielded the most Number 1 hits. It has three: Papa Don’t Preach, the title track, and La Isla Bonita.

26. Greatest hits set The Immaculate Collection landed nine straight weeks at Number 1 from November 1990 – her longest stint at the top for any of her albums. 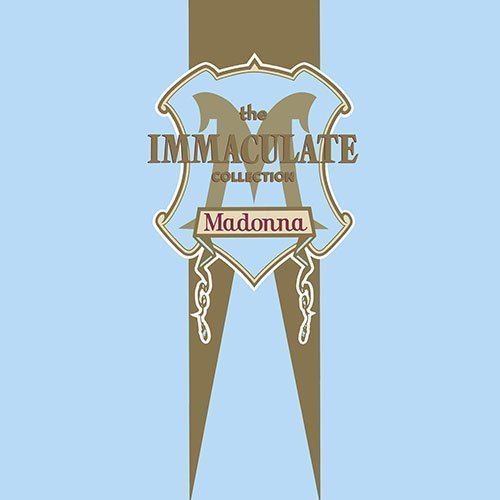 28. 1994’s Bedtime Stories – her sixth studio set – was her first album since her debut to produce a single that missed the Top 10. The song in question was Take A Bow, which peaked at 16 but, ironically, is her longest running Number 1 in the US, topping the Billboard Hot 100 for seven weeks!

30. Frozen was Madonna’s first single to debut at Number 1.

31. Her most recent Number 1 was 4 Minutes in 2008, meaning this is the longest Madonna has gone without a chart-topper in her entire career.

33. Across her 12 Number 1 albums, Madonna has spent 30 weeks at the top of the Official Albums Chart. This was a record until Adele overtook her in 2016. 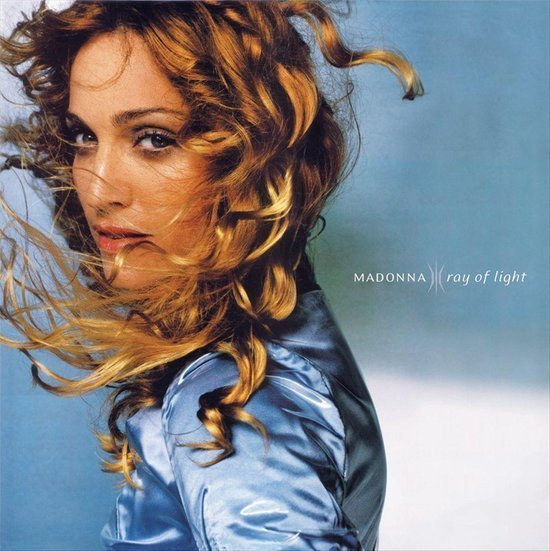 34. Madonna has never missed the Top 10 with a studio album, and only one didn’t make the Top 5: her self-titled debut, which peaked at 6 when it was reissued as “The First Album” in 1985.

35. Madonna’s longest gaps in between studio albums occurred quite late into her career; four years and three months passed between the release of Rebel Heart (2015) and Madame X (2019). Currently, it’s been three years and two months since Madame X’s release, and we’re still no closer to Madge’s 15th studio album, although she has hinted she’s thinking of releasing new music following the completion of her biopic and catalogue re-issues.

36. For the first 19 years of her career, Madonna was credited as sole artist on all her singles – she broke that spell with a cameo on Britney’s Me Against the Music in 2002. Another of her Number 2 hits.

37. Funnily enough, it would be over five years before she allowed another artist to take a feature credit on one of her singles for the first time – 4 Minutes featured Justin Timberlake. 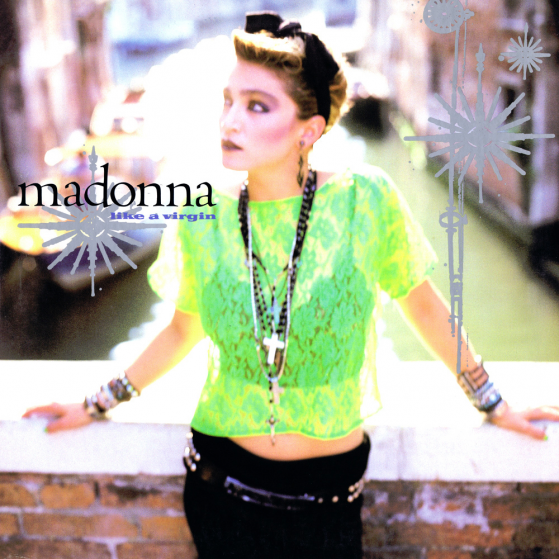 40. Madonna’s top selling Number 2 single is Crazy For You.

41. Madonna doesn’t have many cover versions under her belt. She first had a hit with one in 1993, when she reimagined the old-school Peggy Lee classic Fever as a ‘90s house banger. When appearing in Evita, she released two covers of songs from the classic musical, going Top 10 with both.

42. Madonna’s most successful cover version was her do-over of Don McLean’s American Pie – she took it to Number 1 in 2000.

43. Hung Up is Madonna’s longest-running single on the Official Charts, notching up 40 weeks in the Top 100.

44. 2007 was the first year since Madonna’s career began that she didn’t have a single appear on the chart at all – 23 years after her first hit. She’d previously had years without any new entries – 1988 and 2004 – but there had been a couple of songs lingering in the Top 40 from the previous year.

47. Her most streamed video – by a huge margin – is La Isla Bonita.

48. Twelve of Madonna’s hits have featured in films in which she also starred: Crazy For You, Gambler (both from Vision Quest, later renamed Crazy For You for obvious reasons); Into The Groove (Desperately Seeking Susan); Who’s That Girl, Causing a Commotion, The Look of Love (Who’s That Girl); This Used to be my Playground (A League of Their Own); You Must Love Me, Don’t Cry For Me Argentina, Another Suitcase in Another Hall (Evita); American Pie (The Next Best Thing); and Die Another Day (that Bond theme!). Trick question for a pub quiz: Hanky Panky was on the I’m Breathless album which served as a partial soundtrack to Dick Tracy, which Madonna starred in, but the song wasn’t in the film itself.

52. Madonna has seen three of her singles peak at Number 10. Spookily, the first one and the last were each the third single off their parent album: Bad Girl (Erotica, 1993) and Drowned World/Substitute for Love (Ray of Light, 1998). You Must Love Me is the other one, lead single off the Evita soundtrack

53. When Confessions on a Dancefloor singles Hung Up and Sorry went to Number 1, it was the first time Madonna had topped the charts with the first two singles from an album. Pub quiz trick question: In theory, she did this with American Pie and Music, from the Music album, but American Pie was never part of the Music campaign and only added to European editions of the album – and Madonna was raging about it, let me tell you.

55. Madonna’s most recent Number 1 album was 2012’s MDNA. Rebel Heart was her first studio album to miss the top spot since Bedtime Stories in 1994. 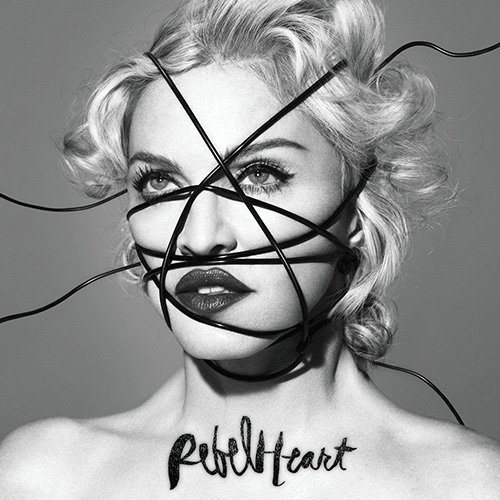 56. Madonna has released live albums of every tour since her Re-Invention jaunt in 2004. Only one has reached the Top 10: The Confessions Tour peaked at 7 in 2007.

57. Madonna’s music has been covered many times, but few of these new versions have made an impression on the charts. Of the most notable: Dutch dance outfit MadHouse reached Number 3 with Like A Prayer in 2002 and Number 24 with Holiday the same year. Kelly Osbourne managed a Top 3 hit with a punky cover of Papa Don’t Preach in 2002, and the cast of Glee hit Number 16 with their version of Like A Prayer in 2010.

58. Madonna is one of very few artists to have peaked at every position in the Top 10. It took her 11 years to do. Here’s how:

60. As is very fitting for a huge star who has been very good at getting everyone’s attention for over 30 years, the most common word to crop up in the titles of Madonna’s hits is “me”, with seven songs. They are: Rescue Me, You Must Love Me, Don’t Cry For Me Argentina, Don’t Tell Me, Me Against the Music, Give it 2 Me, Give Me All Your Luvin’. She also referred to “my playground” and “my love” that she expected you to justify. It is ALL about Madge, and quite right too. Girl is second, with five Top 100 mentions.

63. Madonna has been ambitiously re-visiting some of her greatest hits over the past year, too. UK Number 1 single Frozen was given a TikTok friendly overhaul with Sickick and Fireboy DML, while Material Girl got a suitably queer update as MATERIAL GWORLLLLLLLLL! featuring Saucy Santana.

64. Beyoncé recently sampled Madonna’s classic single Vogue in a remix for Break My Soul, crediting Madonna has a featured artists. It’s the first time the two pop queens have collaborated, and BREAK MY SOUL (THE QUEENS REMIX) helped the track rebound to Number 2 on the Official Singles Chart the week of RENAISSANCE’s release (although Madonna was not credited on the charting single).