“Are You Coming to See Mother and Her Children, B****es?” — Madonna Headlining in Hell’s Kitchen Tonight

“Are you coming to see mother and her children Thursday night, bitches?” was Madonna’s backstage message on Instagram yesterday — and then the marquee lights went up on Terminal 5 to announce the arrival of her Finally Enough Love show in Hell’s Kitchen.

The Material Girl will grace the West Side stage on W56th Street between 11/12th Avenue to headline a PRIDE month celebration hosted by World of Women (WoW), a female-focused non-fungible token (NFT) collection dedicated to highlighting femme and nonbinary artists as well as improving inclusivity in the notoriously bro-centric cryptocurrency industry.

The sold-out New York event, entitled WoW, Finally Enough Love is currently only open to WoW token holders and their guests, so if you haven’t already invested your life savings into a WoW piece, now’s the time to ask tech-forward friends for a favor! Madonna has dipped more than a toe into the NFT world as of late, both collaborating with WoW to create a special edition Material Girl cover and pioneering her own NSFW explorations of artistic and literal birth through her sold-out collection, Mother of Creation (the sales of which benefited three global charities).

According to some carefully placed dressing room trailers on the blocks nearby, the WoW event will feature guest performances from Violet Chachki of Rupaul’s Drag Race, Bob the Drag Queen and Pixie Aventura, and Saucy Santana, who, taking inspiration from Madge herself, also has a hit single called Material Girl. 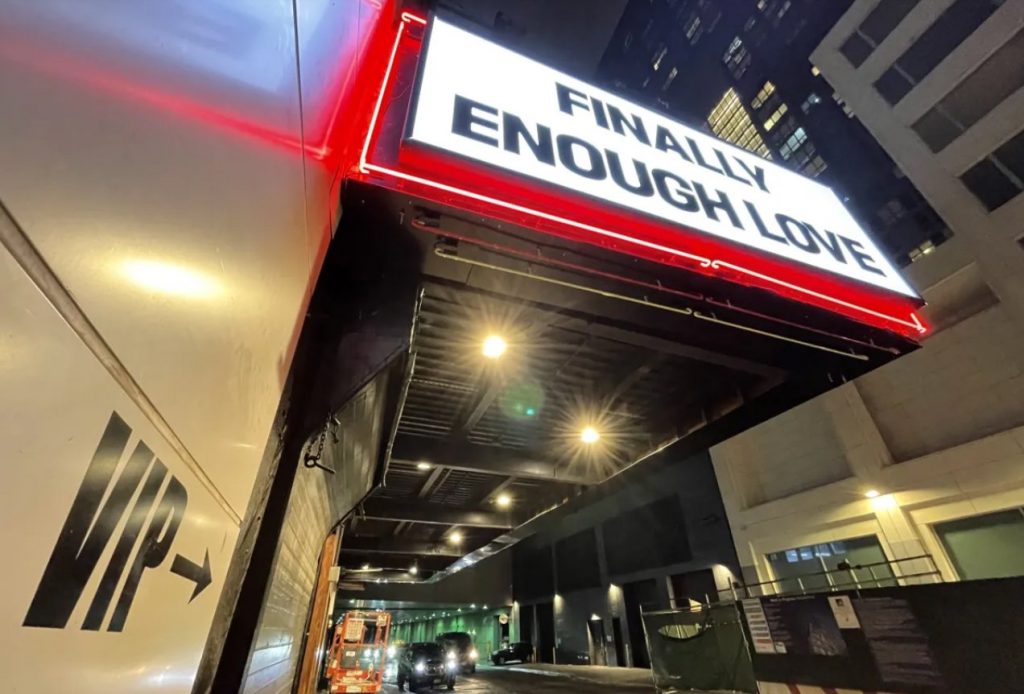 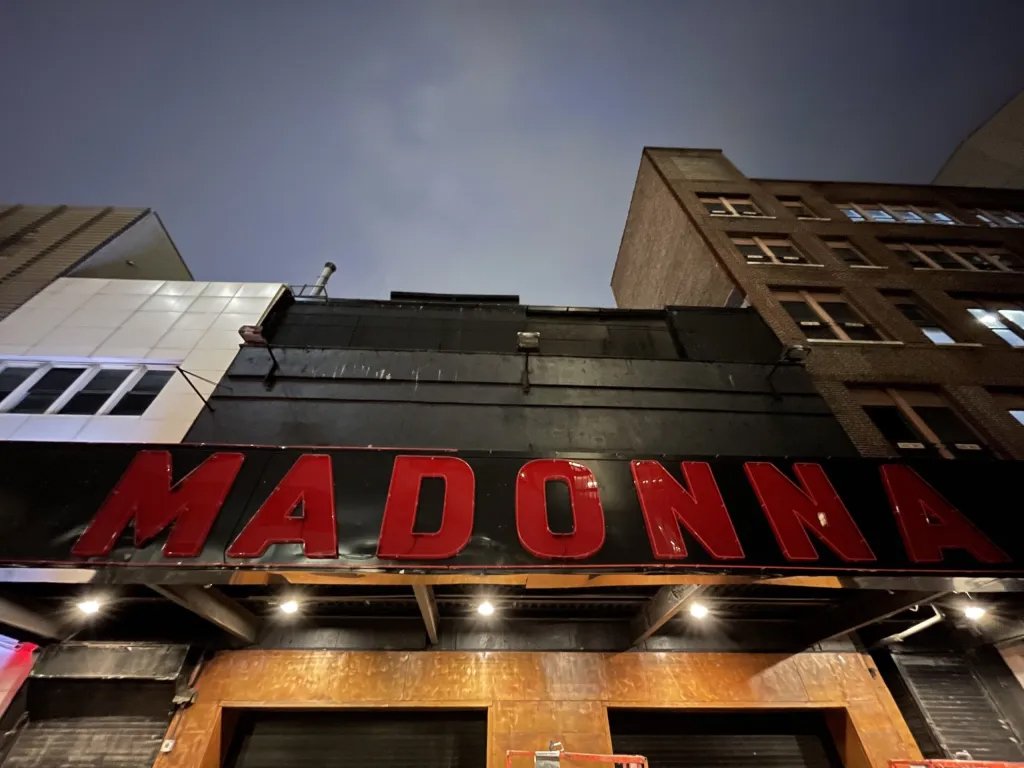 The Papa Don’t Preach singer is no stranger to Hell’s Kitchen. Though her first New York apartment was a Morningside Heights sublet on Riverside Drive before she landed on E4th Street, the legendary pop vocalist did live in our neighborhood, according to her liner notes from a 2005 box set.

The Rock and Roll Hall of Fame inductee wrote of her humble beginnings in the city, where she moved to pursue a career as a contemporary dancer before striking up a clandestine relationship with Sire Records exec Seymour Stein, who would go on to sign her to the label.

Wrote Madonna: “There have been lots of versions out there of my fateful meeting with Seymour when I visited him in the hospital over 20 years ago. It’s true, I was so broke that I had been eating on a dollar-a-day budget – so when he promised me a recording deal for two singles ‘and we’ll see how it goes,’ plus lots of Italian dinners, needless to say I jumped at the prospect. I was thrilled to be on the same label as The Pretenders and the Talking Heads. Who knows, if I didn’t meet Seymour Stein, I might still be a broke dancer living in Hell’s Kitchen.” 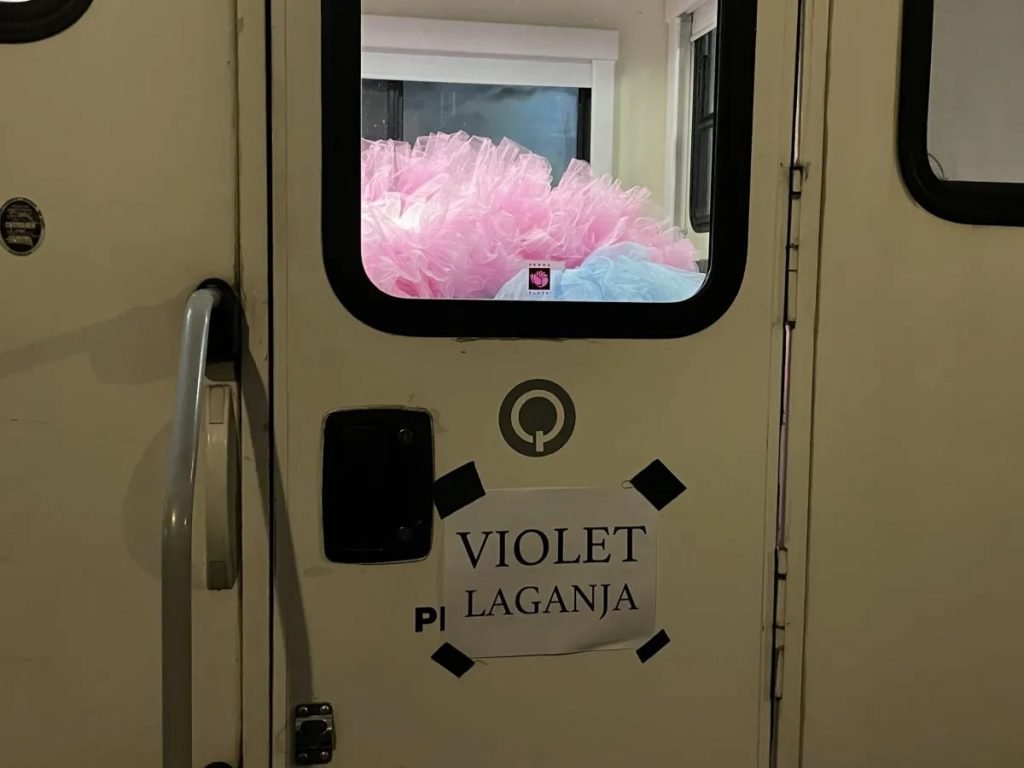 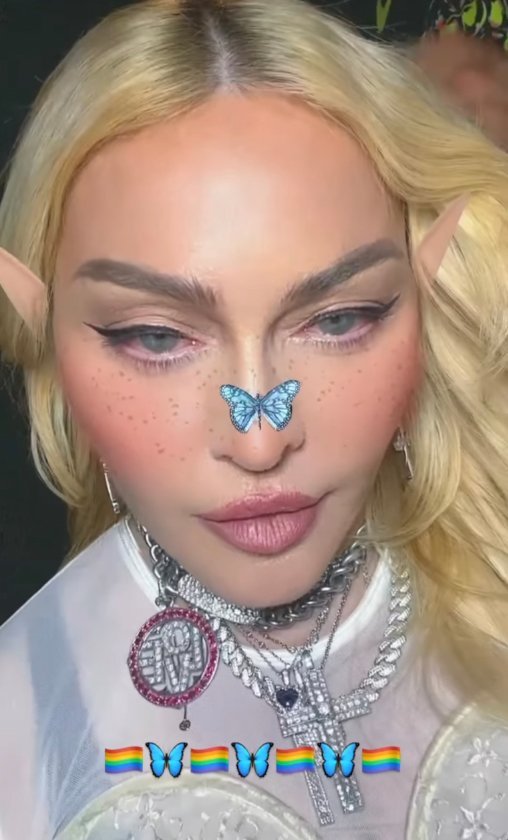 In recent years, Madge has spent time at the West Side’s various music venues, both supporting fellow pop auteur (and Madonna’s aesthetic descendant) Lady Gaga at one of her earliest concerts at Terminal 5, at opening night at Space Ibiza (now Musica) in 2014 and dropping in for a surprise PRIDE performance at the Meatpacking District’s Le Bain last year.

Ahead of tonight’s show, the Like a Virgin star teased various backstage shots of her rehearsing what is sure to be a one-of-a-kind performance for lucky ticket token holders. And for anyone who does find their way in the door — let us know if Madge drops any new remixes from her upcoming retrospective album Finally Enough Love: 50 Number Ones!