Billboard x World Of Women announce Madonna NFTs amongst others

This year, Billboard celebrates successful women in the music industry, and World of Women joined the movement too. Together, they are dropping three exclusive NFT Billboard covers of female musical legends.

The first iconic singer featured on an NFT cover was Christina Aguilera. Today, the duo launched the second digital asset of none other than the biggest female pop star of all time: Madonna! 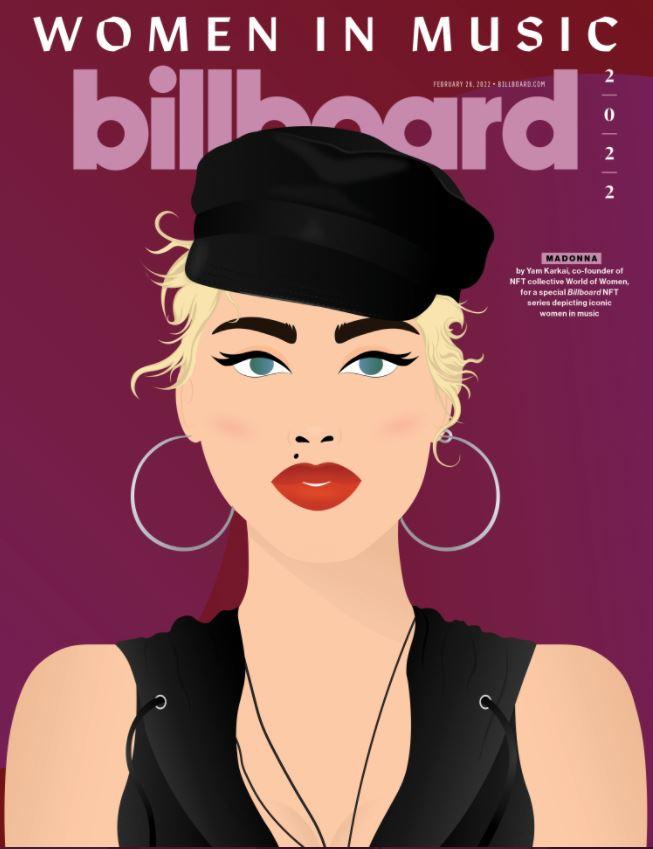 In fact, the NFT cover is part of the Billboard Women in Music 2022 broadcast. This exclusive issue aims to celebrate all women making a difference in the music industry this year. From leadership to talent and bravery, Billboard validates valuable traits in female musicians across the world, as does World of Women!

As a result, Billboard’s first NFT cover in collab with World of Women featured Christina Aguilera.

“Excited to share my first NFT cover with Billboard!! It’s an honor to be a part of #BBWomenInMusic,” the singer wrote on Twitter. “Thank you Yam Karkai & World of Women for this beautiful artwork. Proceeds will support National Coalition Against Domestic Violence.”

Billboard will reveal the final digital asset of the three NFT cover series on March 2nd, so stay tuned!