Susan Seidelman is an American film director, producer and writer. She has been nominated for the Golden Palm at the Cannes Film Festival in 1982, directed the pilot for Sex and the City and directed Madonna in Desperately Seeking Susan.
“I knew Madonna was special,” Susan Seidelman says about directing the iconic pop star in the seminal film Desperately Seeking Susan. “Madonna had a great sense of herself and a great confidence — she made people want to look at her. When she walked into a room, you couldn’t help but stare.” From the sequined kitten heeled boots catwalking down St. Mark’s Place to the club kids cast to dance alongside Madonna to her disco hit ” Get Into The Groove” at the legendary nightclub Danceteria, Desperately Seeking Susan defined the times and withstands performance after performance, and has been referenced, riffed on and re-rubbed by every designer and wannabe star till Doomsday. 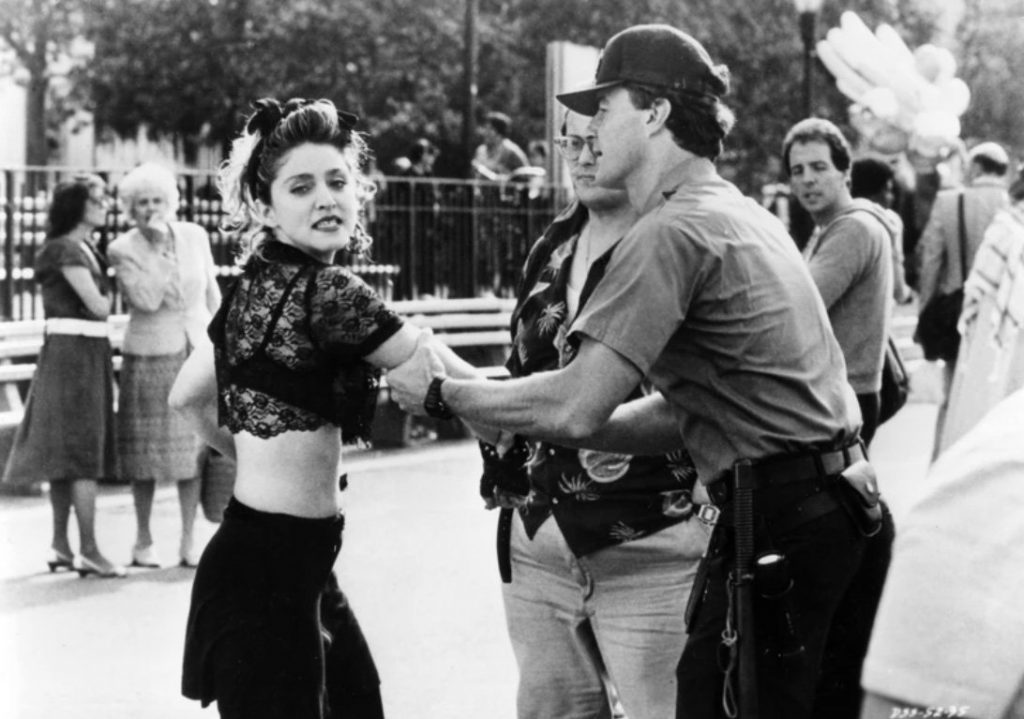 As Susan, Madonna blistered on screen with her caustic presence, stunning, stylish beyond compare and with such sass and sex appeal, she would go on to draw legion after legion of fans. Who knew that drying your armpits in a subway public toilet could look so hot? Filmed before Madonna was Madonna, in the days when she would spend her days kissing Jean-Michel Basquiat/posing for polaroids by Maripol/playing drums in new wave band The Breakfast Club/shopping for thrift and unapologetically disco dancing till dawn in all the best dive bars to Larry Levan and Jellybean Benitez, Susan Seidelman captured an icon on the cusp of fame.

Susan has championed a female protagonist since her acclaimed arthouse debut Smithereens. Over the decades, she has collaborated with actresses including Meryl Streep, Roseanne Barr and Emily Lloyd, directed the pilot for Sex and the City and was recently recognised in the One Film, One New York competition for her work on Desperately Seeking Susan.