On Saturday, the pop legend held an intimate performance at the Red Rooster that ended with a parade in the early hours of Sunday morning.

Madonna is not known for her punctuality, but she tends to be worth the wait. The pop legend’s track record surely buoyed the 200 or so fans in attendance at Ginny’s Supper Club Red Rooster in Harlem, as the clock went from 12:00 a.m. to 12:30 a.m. to 1:00 a.m. on Friday night and then Saturday morning. The performance, an acoustic set backed by Late Night With Stephen Colbert bandleader Jon Batiste, was technically supposed to start at midnight, although those who scored access to the private event surely knew they’d have to wait well into the early morning to see Madame X. (They also knew they’d have to provide proof of vaccination to attend.) Not that the crowd would be bothered by a late night. Among the mix of club kids, models, and other NYC nightlife staples were celebrity guests including Madonna’s daughter Lourdes Leon, Aquaria, Julia Fox, Dylan Burnside, Steven Klein, and Fin Argus. The exclusive concert provided fans with an up close and stripped down look at Madonna after the release of Madame X, the queen of pop’s concert documentary film now streaming on Paramount+.

Around 12:45 a.m., a thumping rendition of “Show Me Love” sent the club into a tizzy, as the vibe and the anticipation led to full-out, no holds barred dancing. Model Yves Mathieu took over the dance floor as guests like Ismael Cruz Córdova, Gabriel Ocasio-Cortez, and Tony-nominee James Cusati-Moyer, sipped Harlem-inspired Belvedere cocktails. 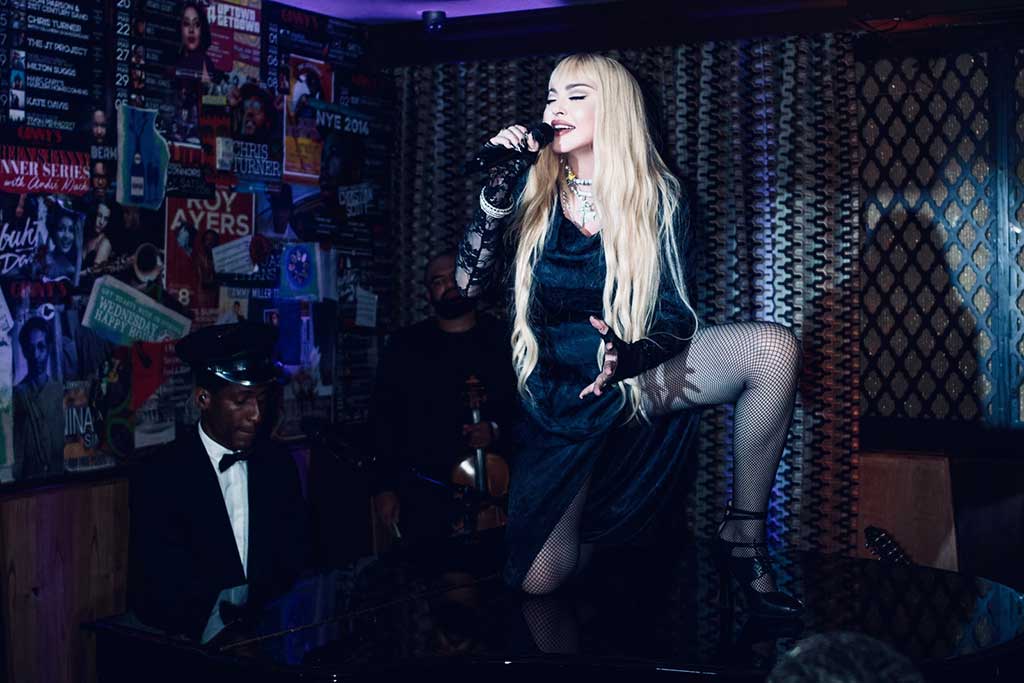 Finally, at approximately 1:43 a.m., Batiste took his seat at the piano. Soon after, Madonna made her grand entrance into the cozy space, opening the show with a dramatic rendition of Dark Ballet. Decked out in a Vivienne Westwood dress, Neil Lane diamond bracelets with Chanel lace gloves and Miu Miu heels, Madonna seemed to relish the small audience. “I can dress like a boy. I can dress like a girl,” she crooned. She played guitar for an acoustic cover of Cesária Évora’s Cape Verdian classic Sodade. She slithered her way into the audience, serenading the crowd with La Isla Bonita while gyrating against a pole. “Or when a girl loves a girl, or a boy loves a boy, or they loves they,” she added, playing to the obviously overjoyed crowd. 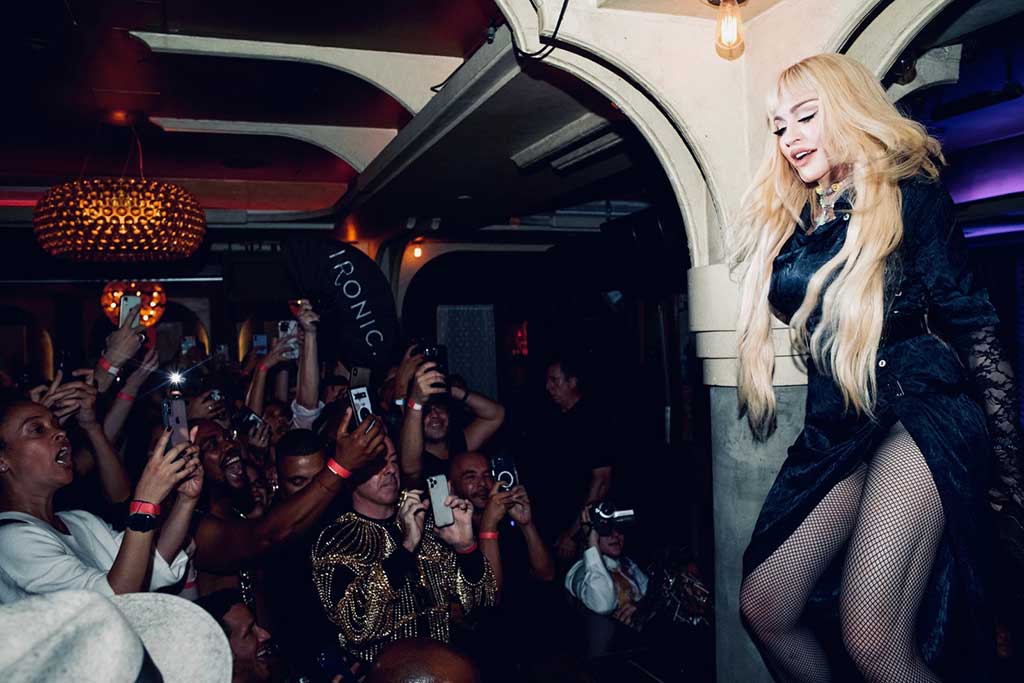 As her set came to its end, Madonna like a pop pied piper, led the audience out of the Ginny’s Supper club and through the streets of Harlem, leading the crowd in a second-line-inspired rendition of Like a Prayer. Batiste, some light security, and a jazz quartet featuring one extremely spirited tuba player, followed behind her, concertgoers behind them. The makeshift parade made its way down 126th street, past the Apollo theater, before landing the “love riot” as she called it outside the steps of St. Andrew’s Episcopal Church. In front of its landmark red doors, Madonna had taken the crowd to church literally. 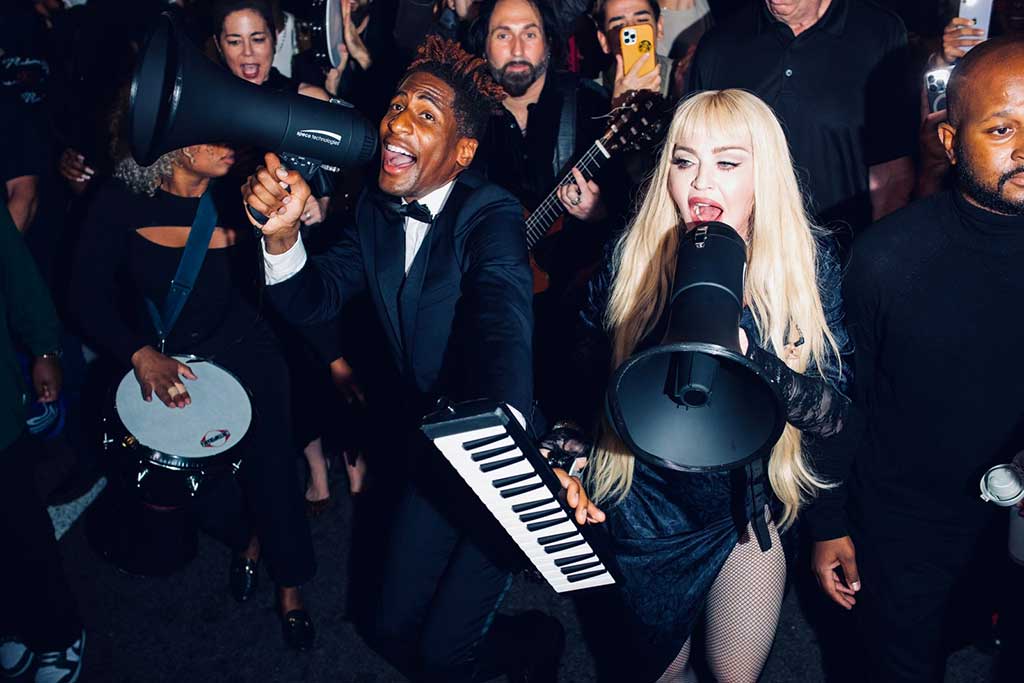