Madonna is sharing a blast from the past and details from the moment her career nearly ended.

During Wednesday’s “Tonight Show Starring Jimmy Fallon,” the pop legend, 63, began her interview explaining she had “no say” in what singles her label released.

Entering the 1984 MTV Video Music Awards, Madonna thought her song choice, Like A Virgin, would be the controversy of the night. But a wardrobe malfunction stole the show.

“It turned out that the controversial thing wasn’t the song itself. It was my performance at the MTV Awards,” she told Fallon. During her performance, Madonna walked down the steps of a large wedding cake when one of her shoes became stuck and disengaged from her foot.

“I was trying to do this smooth move, like, dive for the shoe and make it look like choreography. And my dress flipped up, and my butt was showing,” she recalled. “Can you imagine? Those were the days when you shouldn’t show your butt to have a career. Now it’s the opposite.”

Madonna said she was unaware her backside was showing and continued with her performance. 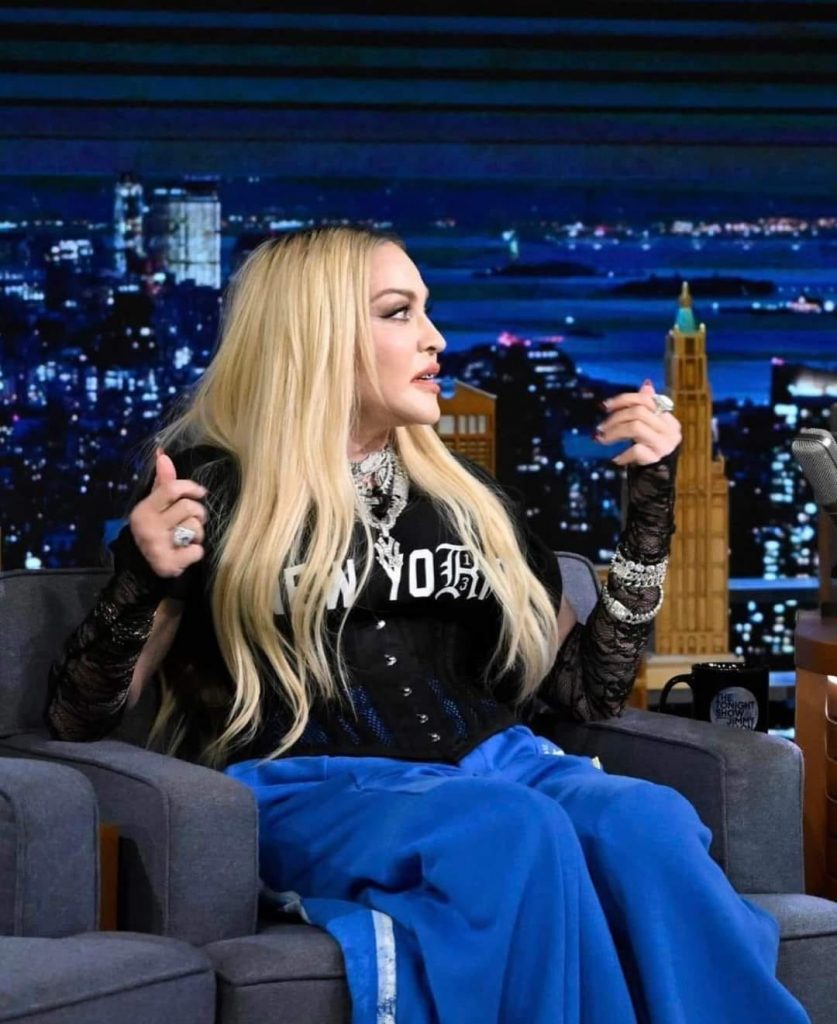 “It happened by accident, and I didn’t even know my butt was showing. And it wasn’t even like, the whole butt. It was like a butt cheek. Like, half of a butt cheek,” she said. “When I went backstage, my manager told me my career was over with.”

In June, Madonna released Finally Enough Love: 50 Number Ones, which featured remixes of some of her biggest hits. During her appearance on the talk show, she mentioned one performer she would love to collaborate with.

“I mean, there’s one artist that I worship more than anything and I would love to collaborate with him and that’s Kendrick Lamar,” she said. “His new record is history making … mind bogglingly brilliant. It’s insane.”

Later on in her interview, Madonna shared that her 16-year-old son, David Banda, wears her clothes “better” than she does.

“He can put on any outfit and look swag as you know what,” she said. “It’s really irritating. He wears my clothes and looks better in them. He can even wear a dress and look butch.”

David, who Madonna adopted in 2006, is taking more than his mother’s fashion sense.

“He’s going to end up being one of your guests,” she told Fallon, referring to her son’s musical talent. She said her son has “everything” necessary to be a star.