The pop icon joked that “it’s really irritating” that her 16-year-old son can pull off anything.

Turns out Madonna’s son knows good material when he sees it.

During a recent appearance on “The Tonight Show Starring Jimmy Fallon,” the singer — known as Madge to some and “mom” to her six kids — spoke about how 16-year-old son David Banda has a penchant for style.

“You know he makes music now, too,” Madonna mused during her interview with the late-night host. “He’s going to end up being one of your guests.”

In response, Jimmy Fallon listed off a list of her son’s talents, noting that “he’s got it,” including magic, humor, charm and a gift for athleticism.

That’s when Madonna quipped that he even looks better in her clothes.

“He’ll put on any outfit and look swag as you know what. It’s really irritating. He wears my clothes and looks better in them,” Madonna said, remarking that he can wear a dress and make it look great. 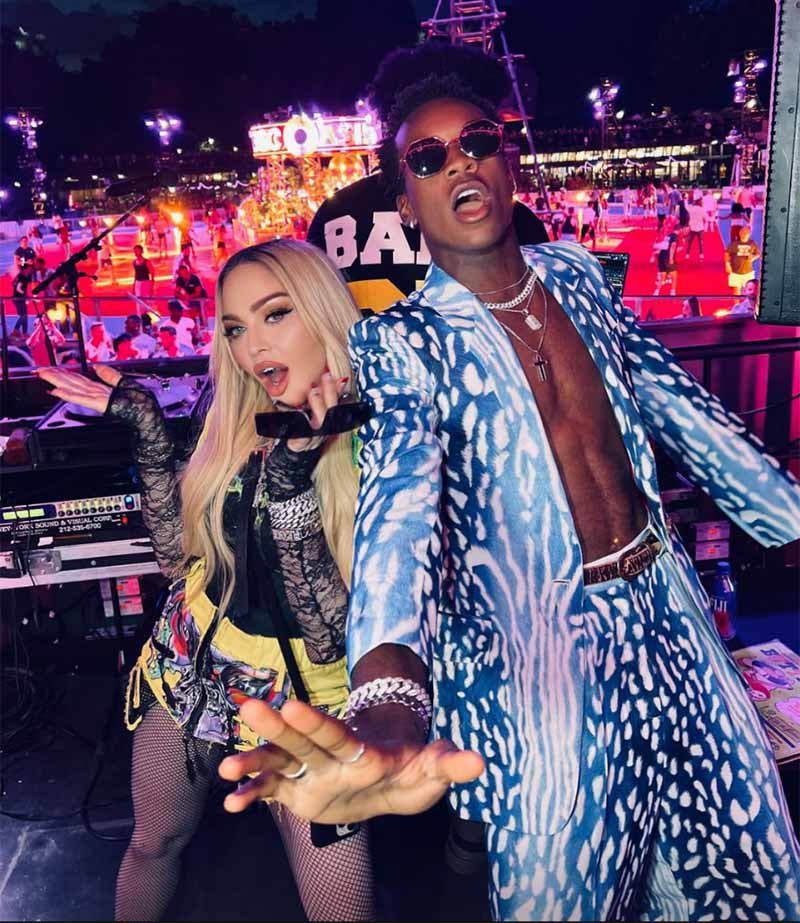 Banda has recently gained attention for his appetite for pulling off some of his mother’s most iconic looks. Earlier this year, Banda appeared alongside his mother at the World Lightweight Championship wearing a red fitted maxi dress from the Adidas x Gucci collection.

In a post shared on her Instagram captioned “Family fight night,” the Vogue singer posed alongside Banda in a black Adidas set.

Fans peppered the comments section of the post with praise and remarks that the dress appeared to be an ode to the dress his mother wore to the Sleepless in Seattle premiere in 1993. During that event, the pop icon also wore a red-and-white-striped Adidas dress.

In July, the 16-year-old also wore an elegant white dress while dancing in the kitchen with his mom and sister Estere, 9.

“Cooking in the kitchen#davidbanda #estere #sautisol,” Madonna captured the image, which she fleshed out with dance emojis.

Banda isn’t Madonna’s only child that has a flair for fashion. Leon, whom the singer shares with ex Carlos Leon, is a model and closed out the Marine Serre Spring/Summer 2023 Paris Fashion Week show in June.

The 25-year-old previously walked in Rhianna’s Savage X Fenty show in the fall and models for a variety of brands, including Burberry and Calvin Klein.

In a sit down with NBC’s Harry Smith in 2019, Madonna spoke about how her children have changed her life.

“It’s reminded me of how precious time is and how each child requires attention and vigilance and guidance in a different way,” she said. “And, really, you need to be ready for anything.”

Adding, “They teach you to stop being obsessed with yourself because they’re always there to throw wrenches into the works … self-obsession is not allowed with children.”

“The more kids that you have, the better you get at being a parent,” she said.