Madonna's former costumer opened up about working with one of the most influential and controversial pop stars of all time.

Marlene Stewart designed some infamous outfits for the music videos and live performances of Madonna, and she revealed the backstory for one of the pop star’s most iconic looks ever.

“Well, when I started working with her, I mean, it was really an easy match because it was like playing dress up,” Stewart told TODAY ahead of the 2020 Video Music Awards on Sunday night. “We had a great time. She’s really easy to work with because she really loves clothes. She knows her body. and that’s part of her look.” 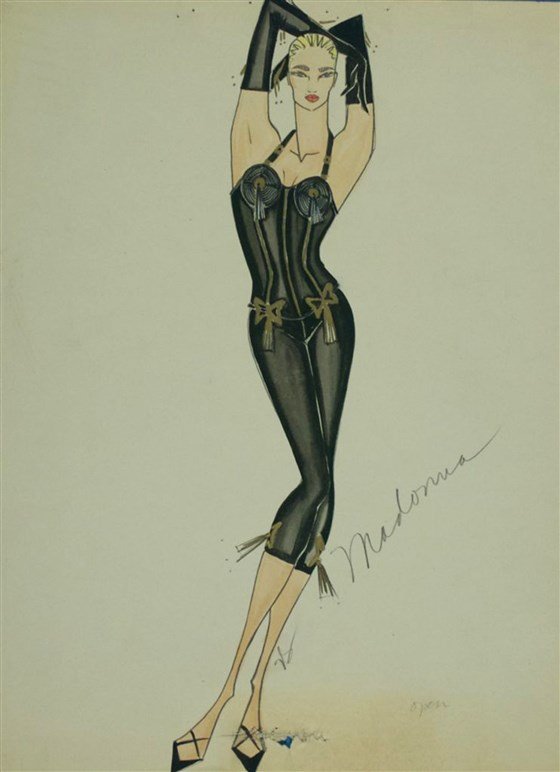 Stewart, who started her career in fashion by working in the garment industry, designed for the pop star from approximately 1984 to 1992 before later working more heavily in the film industry.

“She’ll give you the time that you need for fittings,” Stewart said of their working relationship. “So the most important thing for a costume designer is to have someone that participates and really wants to be there. And now many years later, we can look back and know that she understood the power of her look. So she gave it 100 percent or 1,000 percent of her attention.” 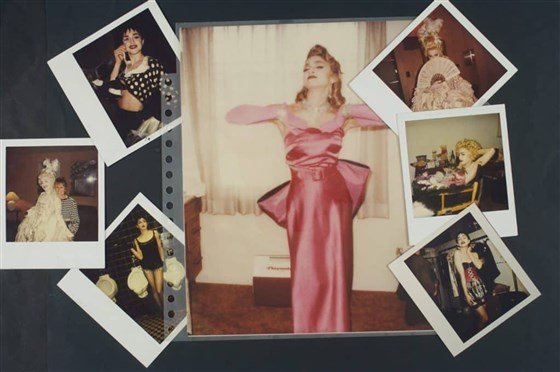 Stewart ended up winning awards for the costumes she created in Madonna’s video for Material Girl, which was inspired by Marilyn Monroe’s pink gown during her performance of Diamonds Are a Girl’s Best Friend in the 1953 film Gentlemen Prefer Blondes. But Stewart also designed another key look in the history of Madonna’s wardrobe: her costume for the 1990 VMAs performance of Vogue.

“We know historically that the French were the biggest posers and it’s the whole idea of voguing and posing,” Stewart explained of her inspiration for the costume. “So it was the perfect transition. I suggested for this kind of French court situation with Marie Antoinette. It’s really one of the origins, right? All they did was, ‘Strike a pose.'”

When asked if it was her idea, she said it was, before adding, “I think one always has to say it’s a collaboration. I would never say anything was completely mine. Every time you work with an artist, you work on something together.”

“It’s a team effort, You can’t do anything by yourself” 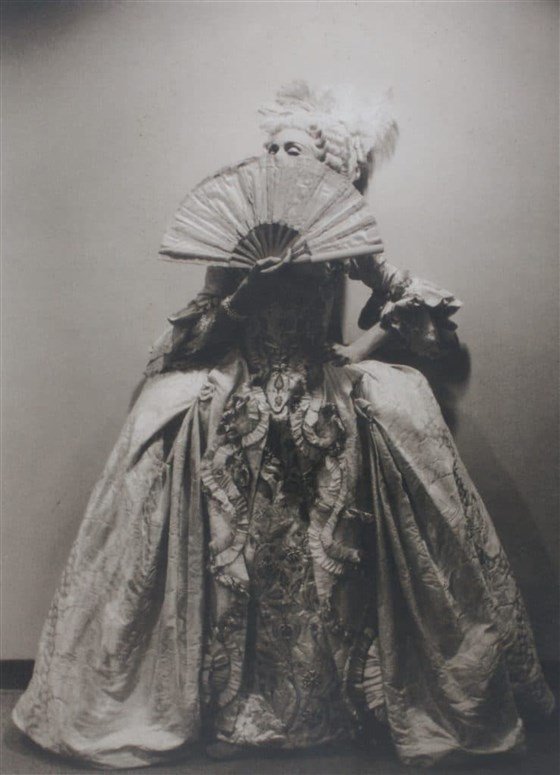 When asked whether Madonna was difficult to work with, Stewart said that wasn’t the case for her. She worked with the pop star for eight years, also designing costumes for other influential music videos, including Like a Prayer and Open Your Heart. 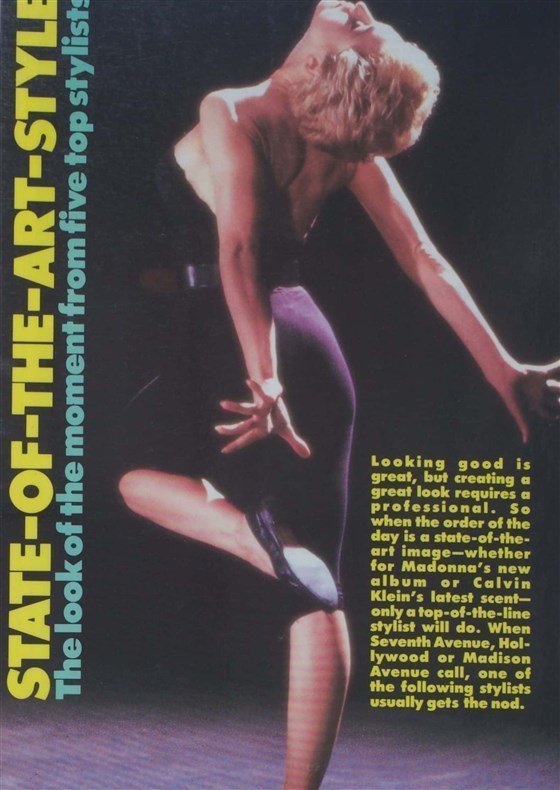 “I think that she was in a super creative space at that time. That was really the origin story, if you will, and creating really special things ourselves. She didn’t want designer works that she was an advertisement for. It was about her being an original.”

Considering that some of her designs, including Madonna’s black slip dress in Like a Prayer, were deemed controversial at the time, Stewart explained she never gave the blowback much credence.

“I didn’t take it super seriously. For some people, it was very jarring and jolting and provocative, but I kind of have a neutral feeling about it because some people maybe that were very religious, took it to heart and were insulted.” 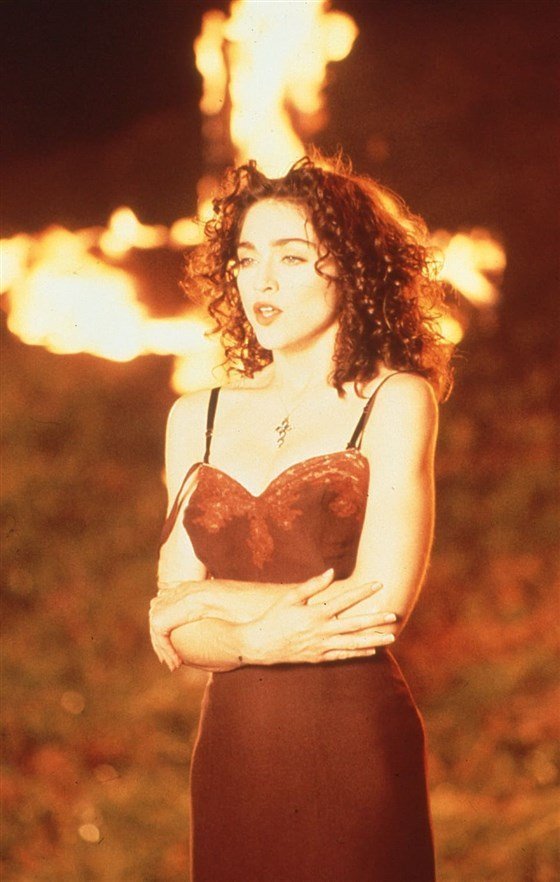 “I saw it as entertainment. You can say that she’s making a political statement or that creating controversy is the thing that Madonna does, but she always just changed it up. She pushed the boundaries like any artist would do.”

Stewart looks back and acknowledges that it was a great time to be working in music videos, because music videos really dictated so much of culture. 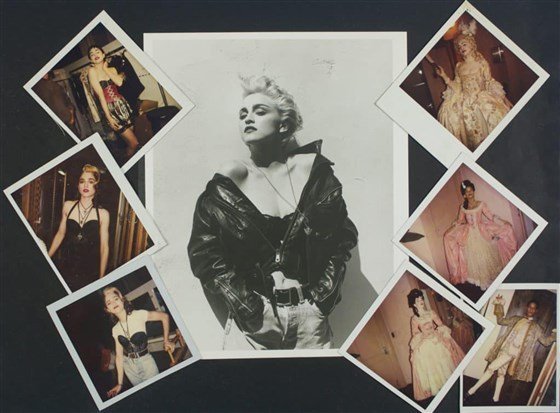 “It was a time when videos, even though it was the beginning, it was also sort of the peak time for MTV those few years,” she said. “We really created trends all around the world and it really was the beginning of a movement. So it was an incredible opportunity to be there at that time and have those experiences.”